For the last ten weeks, my fiance has been practicing with his improv comedy group, RPG Comedy, for their upcoming murder mystery dinner theater. The show was titled Holmes and Watson “Parliamentary” He Said, and was part two of a three part mystery. The story for this show focused on stolen legal documents, foreign spies, and a double homicide. However, there is an overarching mystery as to who is Moriarty.

Eddie was cast as Mycroft Holmes, who would be hosting the dinner party and at the head of the case. Included in the cast were Sherlock and Watson, as well as various outrageous characters including a crazy doctor, two suffragettes, and various businessmen and members of parliament. Those attending the show were encouraged to participate by doing our own detective work, which included interviewing the suspects and reviewing dossiers.

The entire show lasted about three hours, which was broken up between a four course meal and an interactive show. By the end of the night, every table made their final guess. Our table hypothesized that one of the suffragette’s was sleeping with the son of a man in parliament, and they conspired to kill his father to rise in power. So, they poisoned the tips of the suffragette pins that were being passed out to everyone. The pin successfully killed the lord in charge, but his secretary was accidentally killed instead of the man’s father. As for the foreign spies and the missing documents, we had no clue.

Turns out the victims had been poisoned as we expected, but not from the pins. What we missed was that several of the suspects and the victims met at a bar before the dinner and the poisoning happened there. A mind-control drug (that actually exists) was being administered slowly, and an overdose cased the murder. As for the foreign spies, it was one of the victims who had accidentally been murdered by her partner.

Needless to say, I’m not a very good detective. But our table did win the prize for the most incorrect (and creative) answer of the night. We won bars of chocolate, so I guess it’s better to be the best loser than anything else!

Overall, the mystery was very well written, albeit a bit difficult to piece together. I learned during the after party that this was due to the previous show being too easy. So, the writer cranked up the difficulty. Granted, it probably would have been easier if it was easier to hear what the actors were saying. There was a birthday party in the next banquet hall over and their music was extremely loud; and while Eddie blew out his voice to project over the music, quieter characters such as Watson tended to get drowned out by the noise. This left a lot of clues go unnoticed.

That being said, the actors did an amazing job of staying in character throughout the entire night and for really acting their hearts out. I’m very excited to see part three of the mystery and finally learning the identity of Moriarty.

While there, I also took many photos of the event for RPG Comedy to use. Some of my favorites are down below for you to check out! 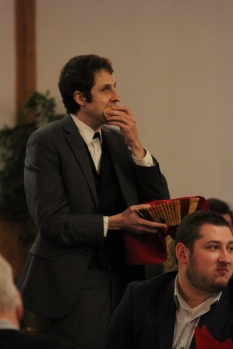 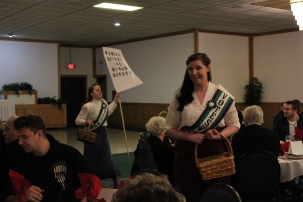 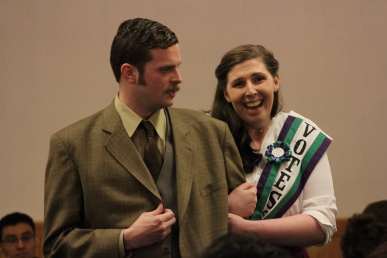 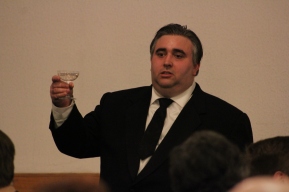 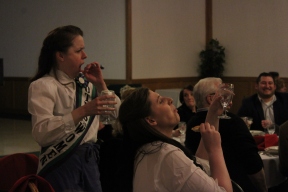 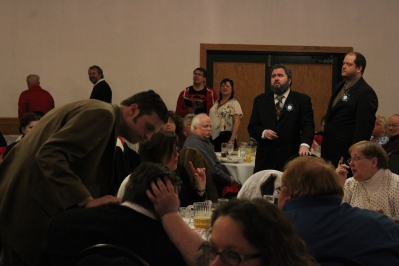 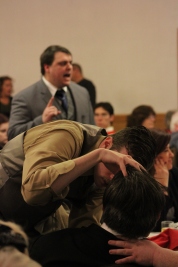 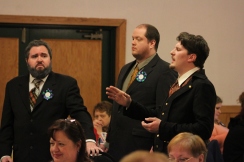 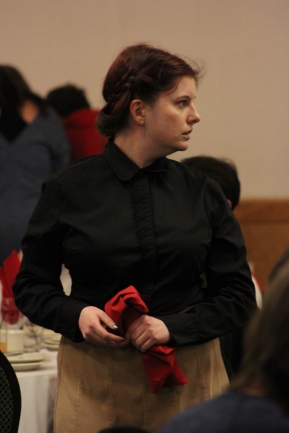 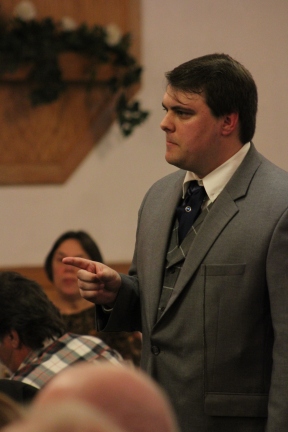 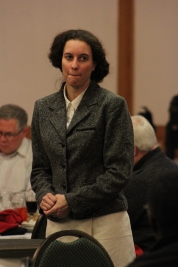 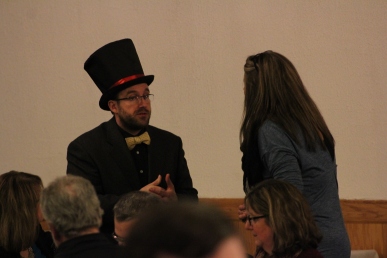 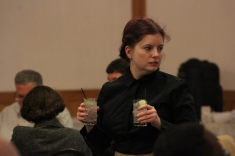 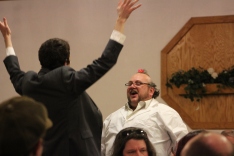 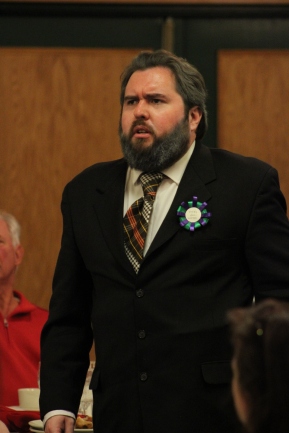 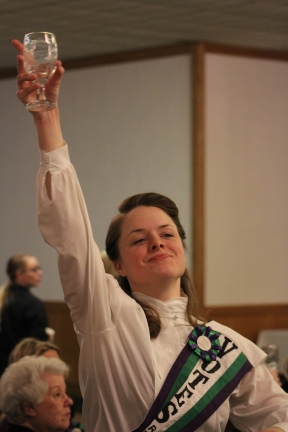 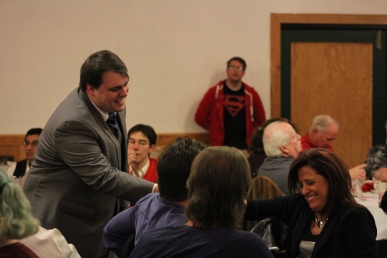 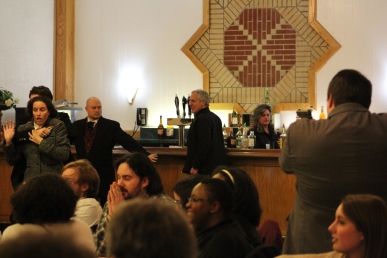 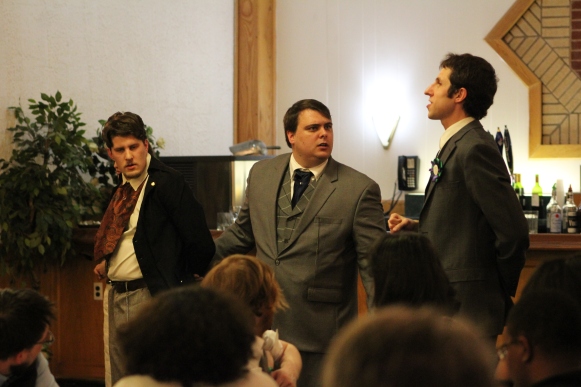